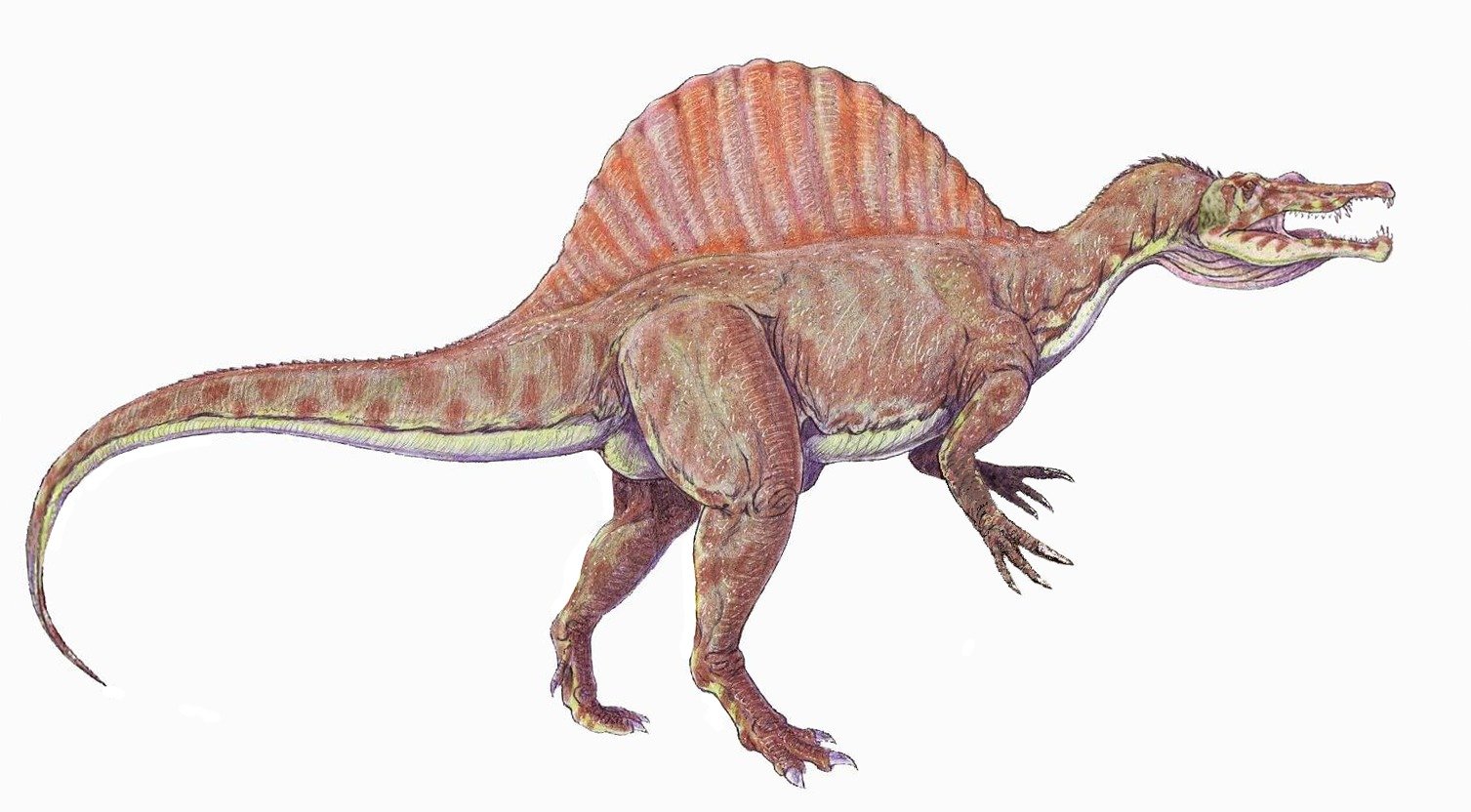 During the night of April 24/25 1944, the Royal Air Force launched a bombing raid using Avro Lancaster bombers against targets in Munich, Germany. Although accidentally, some of the bombs hit the building housing the Paläontologisches Museum of Munich. This museum displayed the first fossils of Spinosaurus, Carcharodontosaurus and the only fossils ever found of Bahariasaurus, an unusual prehistoric crocodile Stomatosuchus, and the bones of a sauropod (long necked dinosaur) Aegyptosaurus.

The remains of Spinosaurus were first discovered in 1912 by Richard Markgraf  in the Bahariya Formation in western Egypt and described by Ernst Stromer in 1915. The Spinosaurus and other fossils, were taken to the Paläontologisches Museum of Munich to be documented and displayed. Stromer took many photographs, notes and sketches of what fossils go together. For 30 years they stayed there without much change, until war in Europe broke out once again. The fossils were not safe there and Stromer pleaded with the museum's director that they be temporarily moved to a safer location. 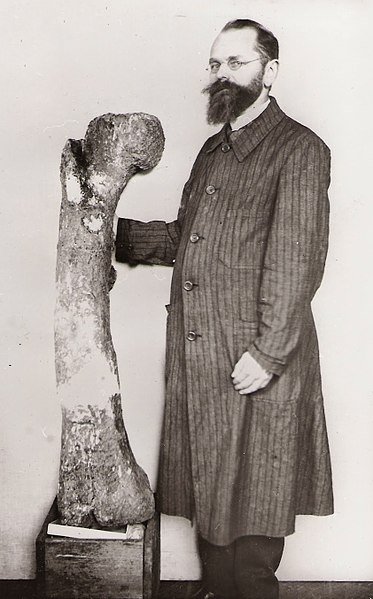 The director refused and when the night of April 24/25 of 1944 came, so did the bombers. The museums took direct hits and all the fossils of the Spinosaurus, and Carcharodontosaurus were  destroyed, along with the only fossils ever found, even today, of Bahariasaurus, Aegyptosaurus and Stomatosuchus. Stromer's amazing collection of unique fossils were gone forever, but his notes, photographs and sketches survived. In the 1990s, more fossils were found of the Spinosaurs and Carcharodontosaurus. Stromer would also lose two of his sons, Ulman and Gerhart, both served in the Wehrmacht and were killed in the war. His third son, Wolfgang, was taken prisoner by the Soviet Union and held for many years. In those years, his family thought he was died until he returned home to Germany in 1950. Wolfgang would also donate the surviving work of Ernst Stromer to the museum in the 1990s. 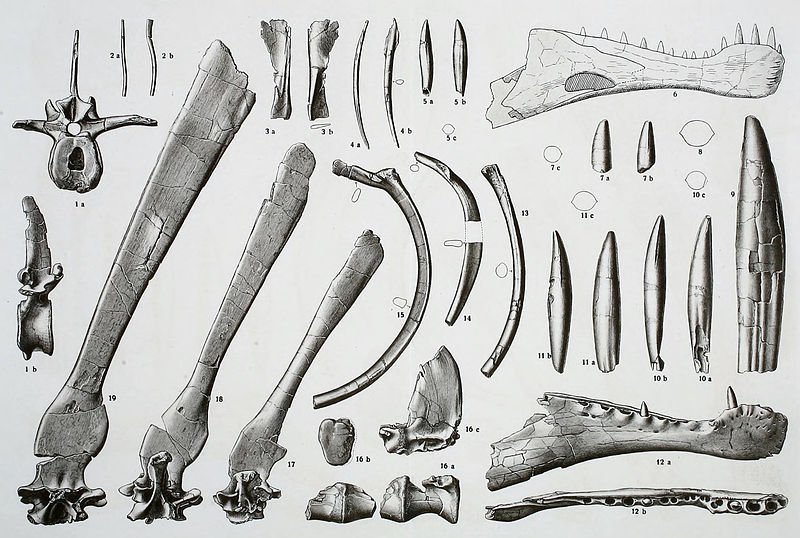 (A sketch from 1915 of the fossils documented by Ernst Stromer)