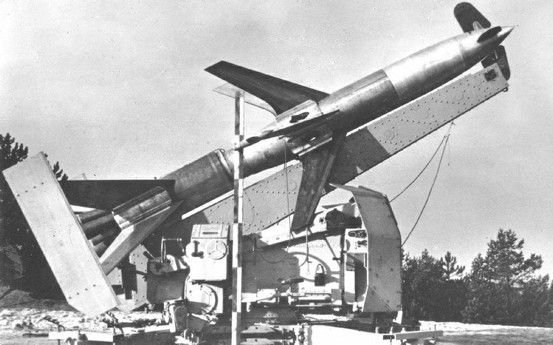 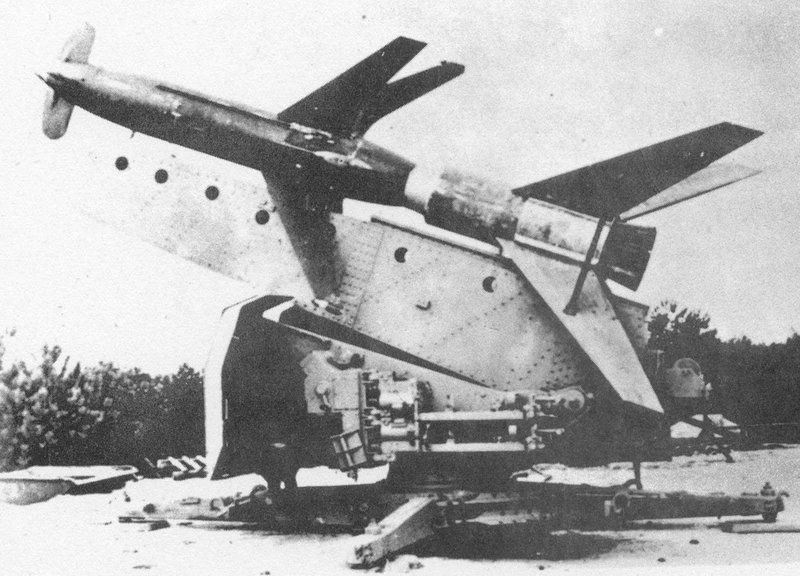 The Rheintochter missiles were two-stage, solid fueled JATO rockets, had a length of 20 feet and 8 inches, weighed 3,850 pounds and packed with a 300 pound warhead. The R-1 was first ordered by the Wehrmacht in November 1942 with the first tests being done in August 1943, totaling 82 tests. The missile was equipped with a gyroscopic stabilizer system, had a range of 7.5 miles and a maximum speed of 680 mph. A second version, the R-2 offered no improvements to the R-1 and the R-2 was scrapped in December 1944, with the first being cancelled in February 1945. The lesser known 16.6 feet R-3 model had liquid-fuel engines with solid fuel boosters, had a range of 22 miles and a top speed of 750 mph, but only six tests were made. The missiles were launched from a ramp attached to converted 88mm Flak 41 anti-aircraft mounts. The small fins at the tip were radio controlled so the operator could steer the missile toward a target. All the fins were made two pieces of highly compressed laminated wood called Lignofol. 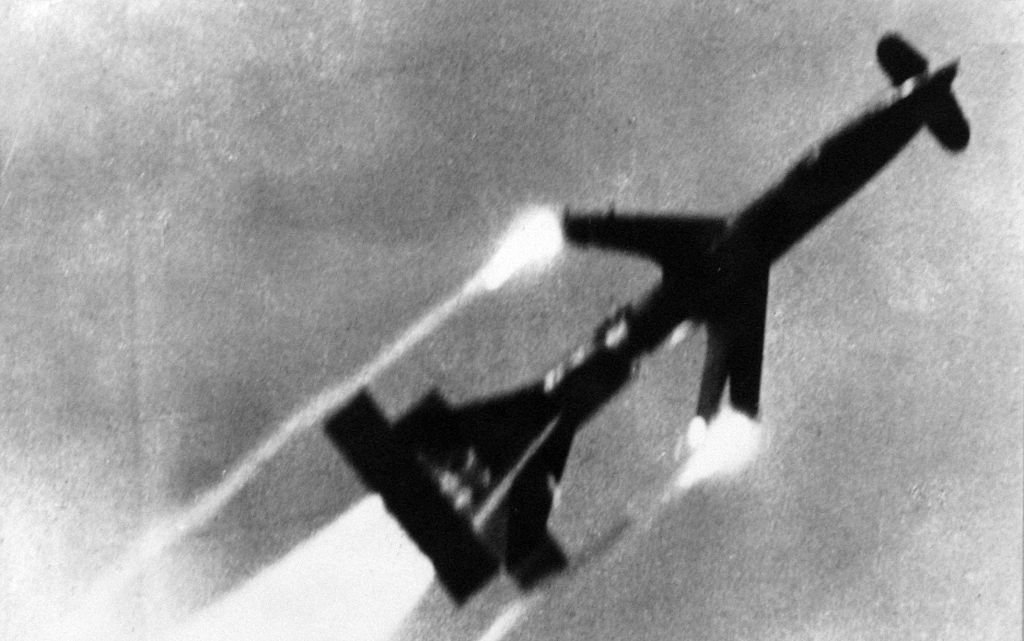 The hope of these wonder weapons were so they could be used  for anti-aircraft roles against the Allied bombers but like so many other wonder weapons developed by the Germans, they came too little, too late. 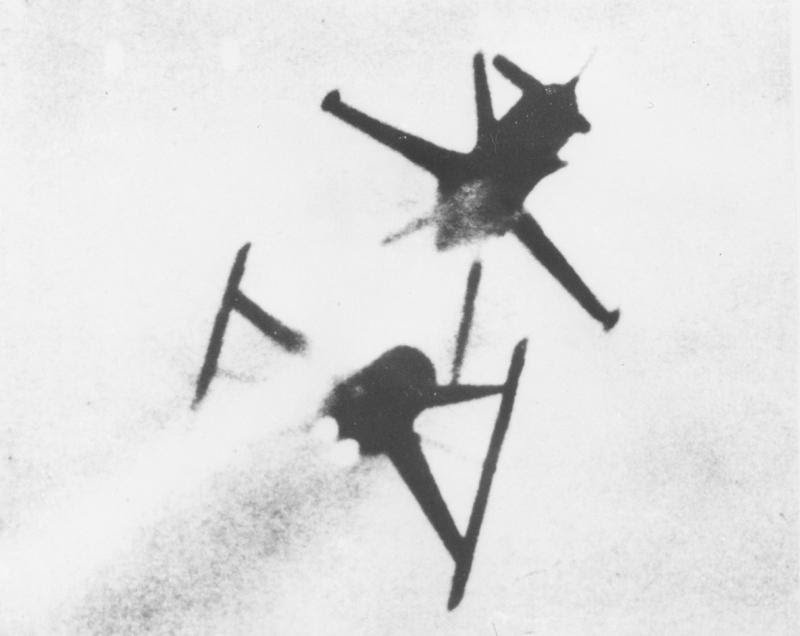