THE WAR AGAINST WIDEAWAKE TERNS

In late 1941 and early 1942, the war was not going well for the Allies. Germany had conquered most of Europe and Japan was winning battles all over the Pacific. The United States and Canada have been sending aid to England by slow moving shipping convoys, which were constantly attacked by German submarines. In the Atlantic, there are very few islands to build bases for repairing and re-equipping ships and almost non-existent in the South Atlantic. 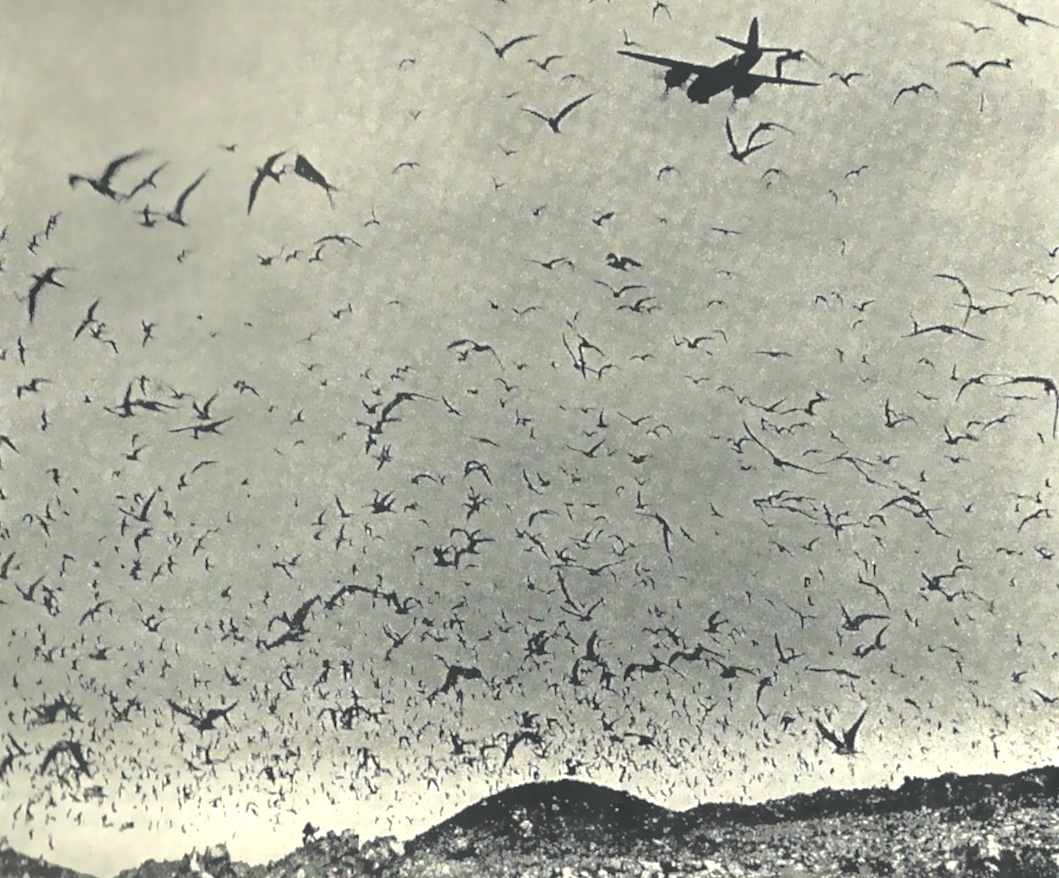 In April 1941, President Franklin Roosevelt, after an arrangement with England, gave the ok for the U.S. Air Transport Command (ATC) to build a base at Ascension Island. Ascension is a British owned island six miles wide and nine miles long in the middle of the South Atlantic Ocean. With this strategically important island, the Allies could fly fighters and bombers in two stages over the Atlantic and provide a haven for the shipping convoys. However, the island is very small and isolated, in fact the closest bit of land is the island of Saint Helena 800 miles southeast. Because of this, the pilots who flew this route often jokingly said; “If I don’t hit Ascension; my wife will get a pension.”

A G.I. policing the runway at Wideawake Field. U.S. Air Force Photo, May 1944 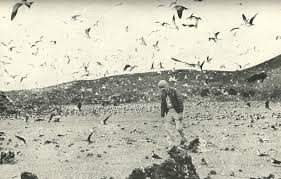 Ascension Island already had an anti-submarine base made up of PBY Catalinas as the 38th Combat Engineer Battalion of the Army Corps of Engineers began construction of the new airbase. On April 28, 1942, the commanding officer General Frederick J. Clark of the 1st Battalion, 38th Engineer Combat Regiment named the new base “Wideawake Field” during the first regimental formation. The name came from the large colony of Wideawake Terns who decided the rocky end of the runway was their favorite roosting place. The terns are named Wideawake after their loud cawing that went on continuously during the day and night. These birds posed a serious threat to aircraft taking off or landing. When an aircraft approaches, thousands perhaps tens of thousands of birds panicked and rose in large groups from their nests. The cloud of birds could break the windshield, clog air scoops and engines or dent the leading edges of wings and propellers and could cause the pilots to crash into the runway or the sea. The officers of the ATC decided to declare war against the Wideawake Terns. The birds were dynamited and smoked but they stayed as if to tell the Americans that they were there first. There was even a suggestion to eat the tern eggs but it was rejected as G.I.s decided their K-Rations tasted better. Eventually the officers at Wideawake Field began to think they were defeated by the birds, until a young Lieutenant came up with the idea to call an ornithologist from the Museum of Natural History. The consultant came up with a simple but very labor intensive idea; move the eggs to a different location. This proved to be an enormous challenge, around 50,000 eggs were relocated to a spot a mile away. The ornithologist’s idea worked, the Wideawake Terns stayed at their new nesting ground and never returned to the runway.