(The XR-8 being demonstrated in a rooftop landing to deliver mail at the Center Philadelphia Post Office in 1945.)

On November 11 1942, the Kellett Autogiro Corporation proposed the U.S. Army Air Force for the development of a twin-rotor helicopter without a tail rotor in order to have a more powerful main rotor. Although this concept was thought to be impossible, the U.S. Army Experimental Engineering Section tested several mock up models and decided to accept the deal made by KAC on January 7 1943. On September 11 1943, a million dollar contract was made for Kellett build two prototypes with three-bladed rotors or a two-bladed system if needed. After some time passed, a design was drawn for a egg-shaped fuselage with one tail fin and a tricycle still undercarriage. The two rotors intermeshed with one another angled at 12 and a half degrees. This rotor design was given the nickname 'Eggbeater." The 22 foot, 7 inch fuselage was made up of steel tubes with metal and fabric sheets as the skin. The nose was made almost entirely glazed. 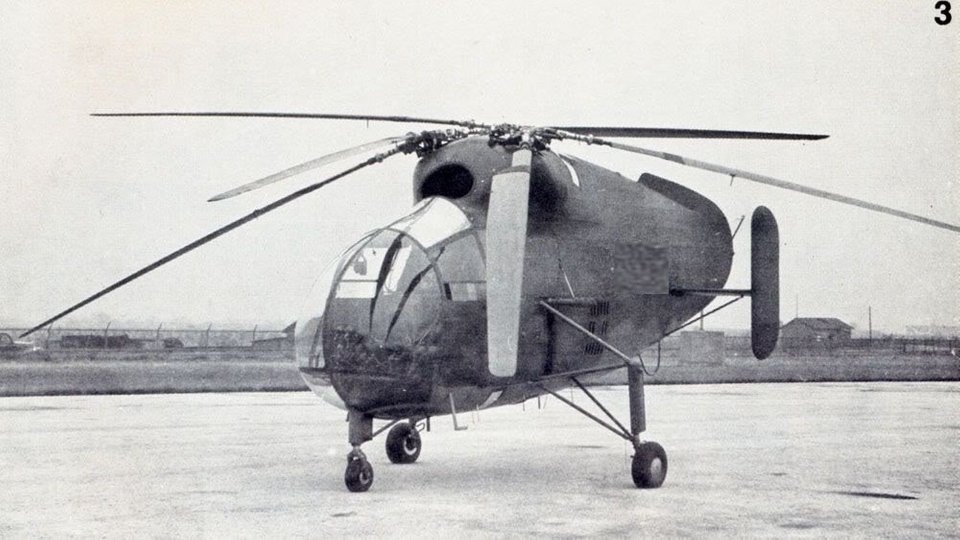 On August 7 1944, Kellet's chief test pilot, Dave Driscoll, made the first flight of the first prototype. It was discovered the helicopter lacked stability but this was solved by adding two extra tail fins. But a more serious problem was then found, a blade from each rotor would collide with each other during flight so the Army Air Force ordered Kellett to make a new rigid rotor design for the XR-8. The two-bladed rotor system was then tried on the second prototype, the XR-8A in early March 1945. However this proved to have a severe vibration problem that could not be fixed without a extensive redesign. The designs for the XR-8B was drawn up but never built. All efforts of development ceased. However, on January 26 1946, the XR-8 was accepted for service trails with the original non-rigid rotors but the project was then canceled quickly afterward. The prototype was sent to the National Air and Space Museum later.